Key pathways from the driving forces of climate change, via the actual changes to the health effects have been described using the DPSEEA framework (Kjellstrom and Corvalan, 199x) (Figure 1). 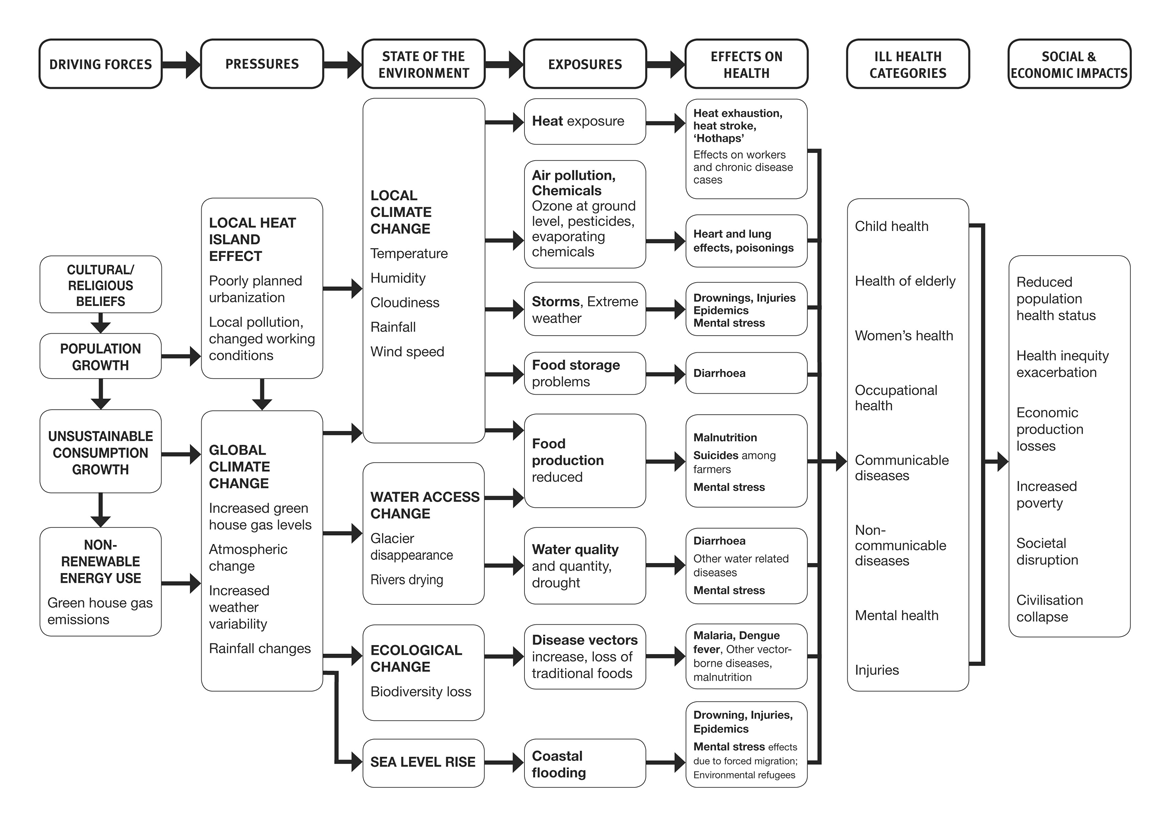 The figure above shows the diagram representing the many pathways and linkages for climate and climate change impacts on human health (source: Kjellstrom & McMicheal, 2013).

Further information on the specific health risks can be found, for instance at:

Back to Health Effects